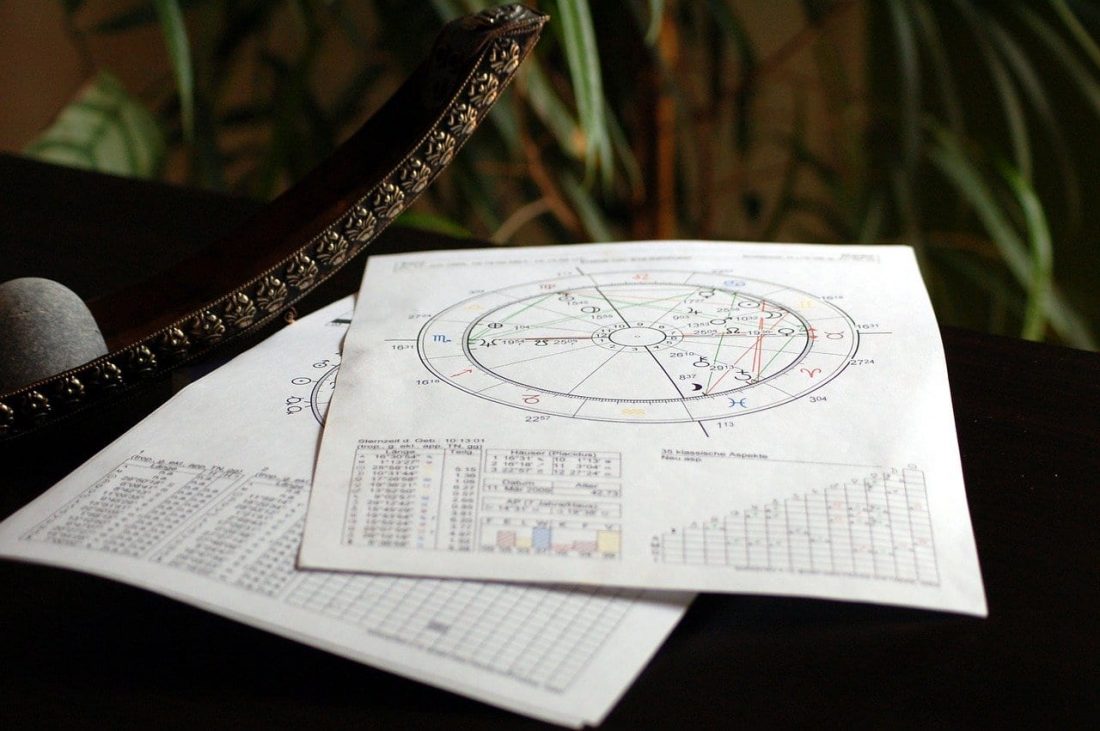 Understanding The Three Modalities In Astrology

Before trying to memorize each personality described by each of the twelve Zodiac signs, you may want to put down the books and study the modalities and elements instead.

Astrology is more than a method of prediction and personality analysis. It’s actually a complex language of the planets and stars.

Trying to figure out each of the twelve signs without understanding the modalities first is like trying to write essays before you understand the alphabet. The modalities help describe the energy or vibe of groups of signs and can then further help you easily understand the signs and how they affect our personalities.

The modalities are essential, yet many people who have been studying astrology online have never heard of them. You’ll be ahead of the game and become fluent in the language of Astrology if you understand the modalities. The modalities describe the qualities of each set of signs.

Just as the elements describe groupings of three sign “families” at a time, the modalities describe families of four signs, one of each element for each modality. The signs are clustered into groups called cardinal, fixed, and mutable.

Understanding The Three Modalities In Astrology

As the sign to begin each season, there is a strong sense of initiative and burst of energy associated with cardinal signs. They can act as gatekeepers for the season, as their sign is the entryway into a new phase.

Thus, Aries is the initiatory energy of the fire element, bold, driven, passionate, confident, and impulsive. Cancer is the initiative energy for the water element and the summer season. That is to say, Cancerian energy is compassionate and emotional, nurturing and caring, yet also tenacious and ambitious.

Capricorn initiates us into the winter season with the power of earth. Capricorn sets the tone for tradition, foundation, abundance, and order.

While the Cardinal signs initiate a change into a new season, the Fixed signs establish permanence. They form solid foundations in the height of each season. This is to say that the Fixed signs, one of each element, anchor the energy of the element and the season.

You can also view this as a series of four teams. The Cardinal member of the team (Cardinal sign) starts a new project. But it is the Fixed sign that crystalizes the plan and makes it a concrete reality.

The spring Fixed sign is Taurus, of the earth element. The summer Fixed sign is Leo, a fire sign. In the fall, Scorpio is the water sign associated that brings Fixed energy and, in the winter, it is Aquarius that brings the energy of stability as a Fixed sign.

Just because a sign is a Fixed sign, doesn’t mean those born under these signs are more stable. This is not always the case, but it can be.

For instance, Taurus is definitely a persistent and stable sign that is also a Fixed earth sign. Scorpio is also relatively diligent and anchored as a Fixed water sign, though as a water sign, Scorpio’s moods can vary.

But Leo is a fire sign and Aquarius is an air sign. Even as Fixed signs, these two signs can still seem a bit erratic. But the reference to the Fixed sign has more to do with each of these signs continuing the “work” presented by the Cardinal signs.

For instance, Taurus takes Aries’ bright ideas and impulsive energy, but slows it down. With all the confidence of Aries, Taurus is also patient and cautious, so that the initiative energy of Aries is grounded into a pragmatic plan in Taurus.

In Leo, the nurturing and protective energy initiated by Cancer is taken to new heights. Leo can take the ball and run with it, following Cancer’s lead. This sign will set the pace for protective, generous, and uplifting energy.

Similarly, Libra brings the need for connection and partnership to the surface. But it is Scorpio, the Fixed water sign, that is able to delve deep and uncover the emotional and unconscious drives that allow for true understanding and intimate emotional connection.

Likewise, Capricorn sets the pace for security and the framework for productivity. But it is Aquarius that blasts through barriers and takes this initial commitment to society to new heights as only an air sign can.

The Fixed signs can be said to extend and stretch the intention of the Cardinal sign, to add a new element to it and bring this intention into a new dimension.

3. Mutable Signs: Keeping An Even Flow

Finally, we have the Mutable signs. These signs are the final signs in each season and represent an adaptive transition between two seasons. As this implies, the Mutable signs tend to be flexible and impressionable. They are able to live in two proverbial worlds at once, one foot in one reality, another foot in another realm.

For Mutable signs, airy Gemini is mentally adaptable and can help see many sides of a situation. Virgo is analytical and can be concrete, but is willing to explore and refine the “Fixed” plans established by Leo.

Sagittarius is open-minded and philosophical; this fire sign is known for adapting their view to embrace new information and discoveries. Pisces, as a Mutable water sign, is able to easily shed boundaries and adapt to the moods and energies of others.

As the Cardinal signs set new projects and energy into motion, and the Fixed signs help establish roots, the Mutable signs help to refine plans, making final edits and changes. They are not personally attached to the outcome and understand that things need to change and flow in order to find completion.

You may be able to spot someone’s modality based on their personality, though their element may be more noticeable first. If someone has a strong personality, bold and initiatory energy and is a natural leader, they may be a fire sign. But they also may be a Cardinal sign. One thing to look for is if the person always needs to be the first to do something. Whether because they’re trying to be brave or trying to be helpful, Cardinal signs want to be first on the scene.

Fixed signs are slow to make up their minds. They may be stubborn and strong willed. These traits are also common among earth signs. You’ll want to examine whether a person’s determination is also due to caution and hesitation or if it is because they need to make sure everything is perfect. If they are more of a perfectionist, not insecure, it’s likely they’re a Fixed sign.

Mutable signs can act a lot like water signs. They can be influenced easily by others, compassionate and can easily change their perspectives. Yet if someone puts great effort into trying to create harmony when there is chaos, they are likely a Mutable sign.

Mutable signs may also change their whims frequently because they’re trying to adapt to what they think others want from them. Watch for people-pleasing as an indicator someone may be a Mutable sign. Mutable signs are often humble. They focus on bigger picture issues and aren’t out for personal glory and fame.

Now that you understand how the modalities work together with the elements to create connection between the Zodiac signs, you’re in a good position to create easier compatibility in your life.

When it comes to the elements, like can attract like. But when it comes to modalities, it’s not that simple. For instance, two Cardinal signs in love can butt heads. Both are strong willed and determined to be first. They may end up battling each other more than coordinating because neither is comfortable letting the other take the lead.

A better combination is a Cardinal sign with a Fixed sign. This way, one partner feels comfortable setting the pace, and the other falls into step with them and is able to compensate for the strengths the Cardinal sign lacks.

Fixed signs and Mutable signs can work well together. The Fixed sign person keeps the balance and stability in the relationship while the Mutable sign person helps them transition into changing circumstances when needed. What this pair may lack is assertiveness, though. The Mutable person, due to their flexibility, may take a more assertive role in this case.

Fixed signs with other Fixed signs may clash with each other. Both may hesitate to move forward with the relationship, as Fixed signs feel more comfortable when someone else paves the way and initiates changes.

Mutable signs with other Mutable signs can feel a close affinity to each other. Yet unless one becomes a more assertive partner, it is likely these two will have a relatively lackadaisical relationship. They may fulfill each other’s fantasies, but neither will set the tone for practical things like sharing a household, family, budget, and so forth. They may also both have big dreams but neither one is able to ground the other. This makes it hard for this couple to really accomplish what they desire.

Read next: 5 Reasons Why You Need A Tarot Deck For Your Love Life

When it comes to love and romance, the Modalities can lend insight into the role you’re likely to play in relationships. Cardinal signs may chase their love interest and have no qualms about making their attraction known. As they are more assertive, Cardinal signs may try to take the lead, setting the pace and agenda for the relationship.

Fixed signs provide stability and ground the relationship. They may take a longer time to open up emotionally, but when they do, they plan to make the relationship last for the long run. They may also go along with a love interest and not be as assertive, only to build up resentments. It’s important to check in with Fixed signs in order to ensure they are on the same page.

Otherwise, they may keep a grudge that you don’t even know they’re harboring. Only when they’ve reached their limit will they explode, and by then the damage may be done already.

When it comes to love and romance, Mutable signs can connect with people on many different levels. They need to feel like they are merging with their love interest in some way. Mutable signs may also attract people who need healing and help, as these signs easily help others adapt, the Mutable signs in love can be more passive without building up resentment.

They may genuinely prefer that others take the lead. Though they can be affectionate, nurturing, and encouraging once someone else makes the first moves. Don’t expect a Mutable sign person to share their feelings before their love interest, though. This group of signs will only show their love once they know their feelings are reciprocated.

With this new (or reviewed) knowledge of the modalities in Astrology, you can now better understand yourself, your partner, and those around you. How we act in love and life can be influenced by these factors, and this knowledge can empower you to move forward and pursue the relationships that you’re after in life.

And if you still feel as though you need more guidance with your romantic and personal relationships, check out my VIP consultation service. There are still a few spots open for a one-on-one consultation where I can clear up any questions or blockages that you may have. Check it out right here.

Wishing you love and light on your journey,

2 thoughts on “Understanding The Three Modalities In Astrology”

The Three of Pentacles Tarot Card – How To Interpret It?

Hot And Cold Behavior From Men Based On Their Zodiac Sign