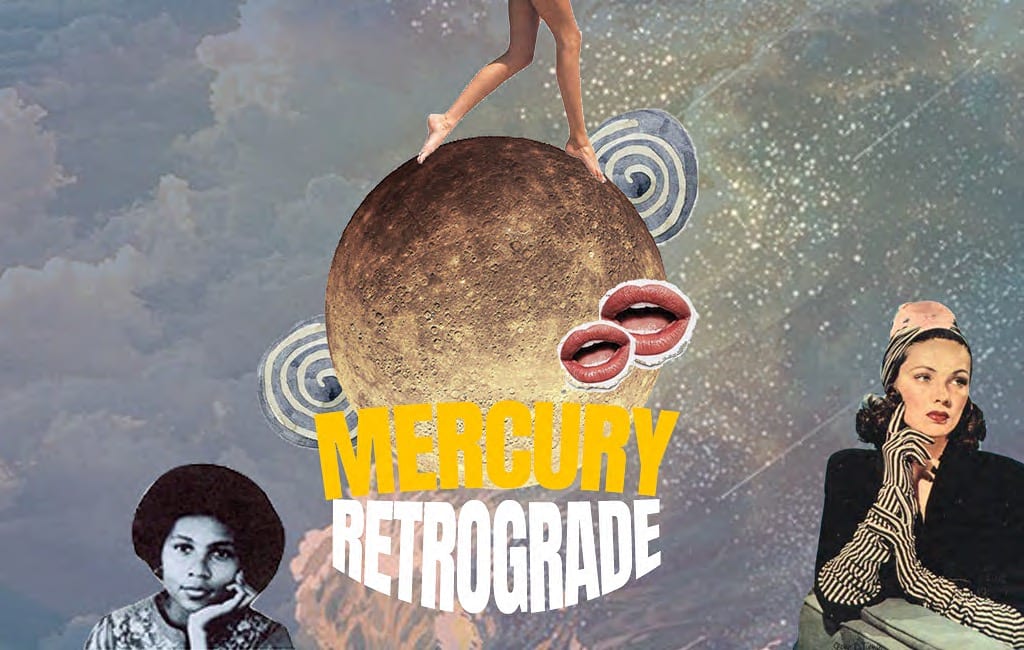 Nowadays it is quite popular to blame any kind of mishap on the dreaded time that comes around about three times a year called Mercury Retrograde. It is a short period of time where everything feels a little crazy and out of control.

In 2021, we will experience Mercury Retrograde three times over the course of the year. The first one has already come and gone, which happened January 30 to February 21, the next one coming up is May 29 to June 22, and the final one this year will be from September 27 to October 23.

But what exactly is this planetary phenomenon, and what can we learn from it? Continue reading to find out more, and how to survive it.

1. What Is Mercury Retrograde Exactly?

When a planet is in retrograde, it appears to be moving backwards in its orbit. Mercury is the fastest planet in the solar system, which means that it appears to move backwards more often than any other planet – at least three to four times a year.

If you didn’t know, Mercury is the planet of communication, travel, self-expression, and technology. It governs all our day-to-day tasks like planning, sending emails, getting to work on time, or simply having a conversation.

During Mercury Retrograde, you will find that these parts of your life suddenly start slowing down, but because we depend so heavily on Mercury to help us get our daily tasks done, it can really cause havoc when things just aren’t working the way it is supposed to.

You can expect flights to be delayed, emails getting stuck in your outbox, misunderstandings between friends, and what Mercury has become known as; the time when your exes come out of the woodwork. Don’t be too surprised when you receive a text from an ex after midnight during this period.

2. How Will Mercury Retrograde Affect Me?

Some people might look at Mercury Retrograde and feel their palms sweating. It can really be a stressful time if you let it consume you, but the way I see it, it is the perfect opportunity for us to deal with any unfinished business.

No two Mercury Retrogrades are alike, every retrograde happens in a different sign, which means the energy changes subtly depending on where it is and depending on your chart you could have a totally different experience than someone else.

The signs that usually feel Mercury Retrograde the most are Gemini and Virgo, especially if one of these signs is on your Ascendant. This is because Mercury rules these two signs, and if the ruler of your chart is going haywire, it would make sense that your life goes a bit out of control every time Mercury Retrograde comes by.

Example, if it is in a Fire sign, you can guarantee that Fire signs like Aries, Leo, and Sagittarius will be most affected. The same rule of thumb applies to Earth, Air, and Water signs as well. Therefore, some Mercury Retrogrades affect you, and why others don’t.

3. How To Get The Most Out Of Mercury Retrograde?

This really isn’t a time to panic. There is a lot you can learn from stepping back and slowing down your life. Sometimes we take for granted everything that is so easily accessible to us, like texting or sending an urgent email.

When these things are no longer working as well as it should, it can really frustrate even the most patient person out there. But this is a fantastic opportunity to be grateful for what you have, but also to remember to slow down and kind of surrender to what is happening to you.

Everything serves a purpose, and everything is a learning opportunity, and that is exactly how you should approach Mercury Retrograde. Take it as a growing experience, and see how strong you are, even in the most trying situations.

5. How Does Mercury Retrograde Affect Relationships?

Because Mercury is the ruler of communication and how we relate to other people, you can only imagine the amount of drama that can come from not being able to communicate clearly. Misunderstandings and miscommunications are everywhere!

There is a tendency to become a little lazy with communication during Mercury Retrograde. You might be less careful of the things you say, and not consider what consequences your words have. It is easy to put your foot in your mouth during this time.

This makes it really easy to unintentionally hurt someone else’s feelings, which is never a good thing when it comes to romance.

It is also incredibly common to contact an ex during this time, but don’t get your hopes up. The rekindling rarely lasts that long, so take the opportunity to say what you need to say, and make peace that the relationship is over.

But if you’re really keen to get back with your ex, give it time, and wait until the retrograde is over. You might be thinking differently in a few weeks.

Mercury Retrograde is also a fantastic time for you to sort out any annoyances in your current relationship. It can be seen as a relationship review period, you can figure out what is working for you, as well as what isn’t.

Try your best to not act too impulsively, think carefully before making any drastic decisions. You really don’t want to regret the choices you made and how they affected your relationship over this period. The best course of action is to take things slow.

6. Is Mercury Retrograde A Good Time To Start A Relationship?

I would suggest you take your time and get to know the person you are dating. Things may not be as they appear to be during a Mercury Retrograde, and you might get a rude awakening once this period is over.

It is fine to continue dating, and to have fun, you don’t want Astrology to govern your life. But just be mindful and keep your wits about you!

7. What Are The Retrograde Shadow Periods?

This usually happens about two weeks before, and two weeks after the actual retrograde.

Many Astrologers, including myself, think that the pre-shadow retrograde can sometimes feel like the worst part of the retrograde. It is as if this time sets the stage, and during the actual retrograde we are given the opportunity to work through the kinks.

I always try to determine what the theme of a particular retrograde is going to be like for me during the pre-shadow phase. Perhaps it has to do with family, work, or my personal relationships. This just makes it easier for me to figure out what to focus on during the actual retrograde.

The post shadow is fantastic at tying up any loose ends and to take stock of what the Mercury Retrograde could teach you over the period.

Read next: The Relationship of Jada Pinkett Smith and Will Smith

Mercury Retrograde is a weird, yet wonderful time for us all. It is never easy, but I always find them extremely necessary to iron out any problems in my life I might not be totally aware of, which is a total blessing in itself.

If you approach this time with as much patience and understanding, you may come to realize that it is truly an invaluable experience which can actually make you much closer to your existing relationships.

What is the craziest thing that has ever happened to you during a Mercury Retrograde? Please let me know in the comment section below, I’m so curious to hear all your stories!

Wishing you a lot of luck over every Mercury Retrograde,

Your friend and Relationship Astrologer.

What Kind Of Mother You’ll Be, Based On Your Zodiac Sign

The Little-Known Connection Between Astrology And Tarot

Mars in Leo: It’s Time To Follow Your Heart

How The Solar Eclipse In Gemini Will Change Your Relationship

Bennifer Reunion: Are The Planets Working In Their Favor?

Why Saturn Retrograde Is A Great Time For Commitments

How To Get The Most Out Of Gemini Season: Everything You Need To Know