The Power Of Taurus Stellium In Lenny Kravit’s Natal Chart 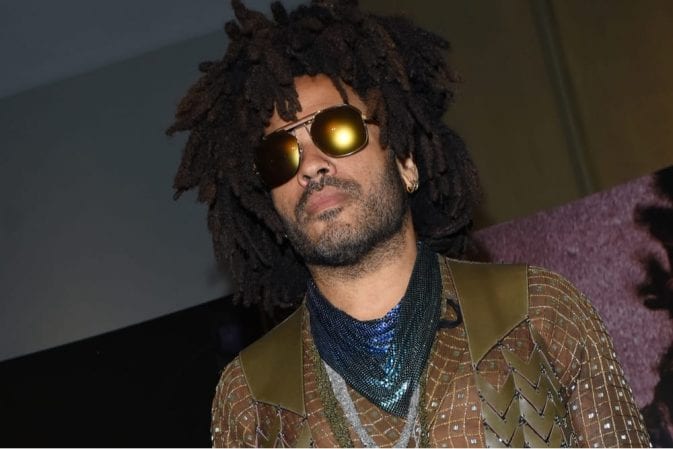 It’s undeniable, Lenny Kravitz is one sexy man! From his soothing, sensual voice to his incredible sense of style. He knows how to switch the charm on and make us ladies swoon!

Born on 26 May 1964, in New York, New York, Lenny Kravitz is one talented rock god! With a career spanning a few decades – he has had a lot of success, and it is not hard to see why!

With his Sun in chatty and communicative Gemini, and his Moon in freedom-loving Sagittarius, it’s no wonder he had such a wonderful way with words and the ability to get us all grooving and bopping out heads to his beats.

Gemini and Sagittarius are signs synonymous with independence and individuality. Which might be a dead give-away why Lenny Kravitz hasn’t been in a super serious relationship since the early 2000s.

Is it his love for freedom, or is there something else brewing underneath that may show why he is choosing to walk the path on his own?

What’s In A Stellium?

The thing which sets Lenny apart is his stellium, in earthy, cool and calm Taurus. A stellium is an Astrological phenomenon when three or more planets are found in one particular sign or house.

When a bunch of planets are together in one sign or house, it means that there is a large concentration of energy in this part of someone’s life. It can feel intense and overwhelming to have so much raw power going in one direction.

As much as it can be hard to have a stellium, there is also a beautiful opportunity for an individual to grow if they choose to lean into that energy. Lenny is the perfect example of someone who has mastered this part of himself.

He has his Mercury, Mars, and Jupiter in Taurus. One of the most creative yet practical signs in the Zodiac. A Taurus knows how to use their hands to create and make something beautiful.

Mercury is the planet of communication, intellect, and ideas. It’s the way you talk and express yourself. When Mercury is in Taurus, the expression is laid back and cool.

Every thought is practical and methodical, but what makes this position stand out is the creativity that comes with it. No wonder Lenny is so brilliant at what he does!

Did you know, in Astrology, that Taurus rules the throat? It is no surprise that Lenny is such a gorgeous singer. He has Mercury in this sign after all! It is quite a popular position for well-known singers to have.

Mars is the planet of passion and drive. This planet pushes you towards success. Having Mars in Taurus means that Lenny does things in his own time. He doesn’t feel rushed to gain success. He realizes with hard-work and patience he will get where he needs to be – eventually.

Mars in Taurus gives Lenny focused determination. Once he has a goal, there is little that can shift where he is headed. He has the staying power to withstand almost anything. You might call this stubborn, but he knows what he wants, and that is what counts!

Then there is Jupiter, this planet is your luck in life, it expands everything it touches. Jupiter is the planet of blessings and abundance. Jupiter in Taurus is all about manifesting in the material world.

Lenny knows a thing or two about building and creating seemingly out of thin air! Jupiter just boosts his sensuality to another level. And it is clear to see, Lenny has a taste for the finer things in life. It’s no surprise he has such a wonderful personal style.

From these three planets, it is clear to see Lenny has a lot of creative power within him. This stellium is where he gets his enormous talent from. All three of these planets are extraordinarily expressive.

Sure, he knows how to communicate with his words, but it’s his way of expressing sensuality that sets him apart.

Taurus is possibly the most sensual and pleasure driven sign of the Zodiac. After all, this sign is ruled by Venus, the planet of love, romance and beauty.

Taurus wants to savor every moment using their senses, they’re all about the taste of indulgent meals, or the feel of the fabric against their skin, and the touch of their lover lying next to them. It’s all about living through their senses.

Taureans are known for their wonderful taste. It does not surprise me that Lenny is known for his impeccable, yet down-to-earth style. He makes an impact by embracing his raw and natural sex appeal – it is certainly hard to resist!

This sign is also all about security. Everything they do is in order to live as comfortably as they can, with as little change and upheaval as possible. Taurus wants the best from this world. They love to live in their little bubble of luxury.

A Taurus holds on tight to whatever it is they love, and their love is everlasting and enduring. They will do whatever for those who hold their affections. This is quite clear to see when it comes to Lenny’s amazing relationship with his family.

What This Means To Lenny Kravitz

Lenny’s stellium is huddled up in his 4th House. The House that represents the home and his family. From these few pieces of information, it becomes clear – family is everything to Lenny.

It’s obvious to see that Lenny Kravitz is a family-orientated man who seems to love intensely. His close relationship with both his daughter, Zoë Kravitz, and ex-wife, Lisa Bonet can attest to this.

Lenny and Lisa eloped in Las Vegas in 1987. I must say this is rather on brand for Sagittarius Moon, who values freedom and autonomy above everything. He got married on his terms and made his own rules.

The pair split amicably in 1993 and have been the best of friends ever since. Lenny has been tied to many women over the years, but no one seems to have held his attention quite like Lisa. Why is this?

If there is one thing a Taurus hates, it’s change. Taurus is a fixed sign. They like their routine and being able to depend on consistency.

This sign values relationships that last and are serial monogamists. They commit for life, even when life doesn’t always work out the way they planned it to.

They will try their hardest to maintain a semblance of steadiness, even if their relationship is on the rocks. One thing a Taurus does well is their ability to endure and work hard for what they want.

It is hard for a Taurus to admit when they have made a bad “investment.” So, they take their time getting to know their partner, they want to be 100% sure about their decision.

Therefore, it can be devastating to them when a breakup or a divorce occurs. It was never part of their plan. Change doesn’t come easily to a Taurus.

My feeling is that Lenny took quite a hard blow when his divorce with Lisa was finalized and perhaps saw it as a rather big personal failure.

Not being able to keep his family life safe and secure is totally emotionally destroying for someone like Lenny with a Taurus stellium in the 4th House. Divorce pretty much goes against everything he stands for.

Even though his split with Lisa was amicable, one can’t help but wonder if he closed his heart off forever?

Read next: The Astrology Behind Goldie Hawn and Kurt Russell’s Old Hollywood Romance

What The Rest Of His Chart Says About Love

Lenny has his Venus, the planet of love and relationship in exceptionally sensitive and nurturing Cancer.

He wants to take care of those he loves and craves a deep and powerful emotional bond. If there isn’t a connection, then there is nothing in it for him.

This placement is another sign of his need for security in his relationships. Trust is everything to him. His love is fiercely focused on the ones he cares about.

Lenny has a very interesting chart that seems to be full of contradictions. On the one side it is very soft, sensual and feminine – all about his family and love connections. And then on the other side it seems like he just wants freedom and the space to embrace his individuality.

The thing that really stands out to me is that the Moon in Sagittarius rules his 7th House. The house of marriage and serious relationships. And what does Sagittarius represent? Absolute freedom, discovery, and gaining higher knowledge through spirituality.

This just shows me that although relationships mean the world to Lenny, he refuses to give up his individuality. This is a sacrifice he isn’t willing to make.

A couple years ago there were quite a few rumors going around saying that Lenny had taken a vow of celibacy because he felt like women were getting him into too much trouble.

Looking at his chart, I feel there might be some truth to this. If there is one thing a Sagittarius Moon needs above all else, then it is finding emotional fulfillment through some kind of spiritual enlightenment.

Another interesting thing to notice is that Lenny’s Moon falls in the 12th House. The House of isolation, addiction, the subconscious, spirituality, and self-undoing.

Putting all these pieces of the puzzle together definitely has my head spinning! What it seems like to me is that Lenny chose self-mastery and enlightenment over his relationships.

He has chosen to follow the path of his Sagittarius nature, and this is quite evident when we look at his lifestyle.

He seems to be very conscious of the world, its politics and taking a stance on the suffering of others. He has adopted a raw-vegan lifestyle and lives primarily off his land in Brazil.

One thing is clear, Lenny lives by his own rules. He has made his own path in life and found a way which works for him.

He truly incorporates every part of himself. From building his own legacy–an aspect that makes the Taurus side of himself thrive. To living completely wild and free thanks to his Sagittarius moon, while still maintaining a curiosity for the world which stimulates his Gemini sun.

Have you ever dated a Taurus man? What was your experience like? I would love to hear from you below!

Want to know if a Taurus man is your true match? Take my quiz here to find out!

Next post: « The Astrology Behind Sharon and Ozzy Osbourne’s Long & Stormy Marriage

Previous post: Far From The Shallow – The Astrology Behind Lady Gaga And Bradley Cooper’s Unclaimed Romance »