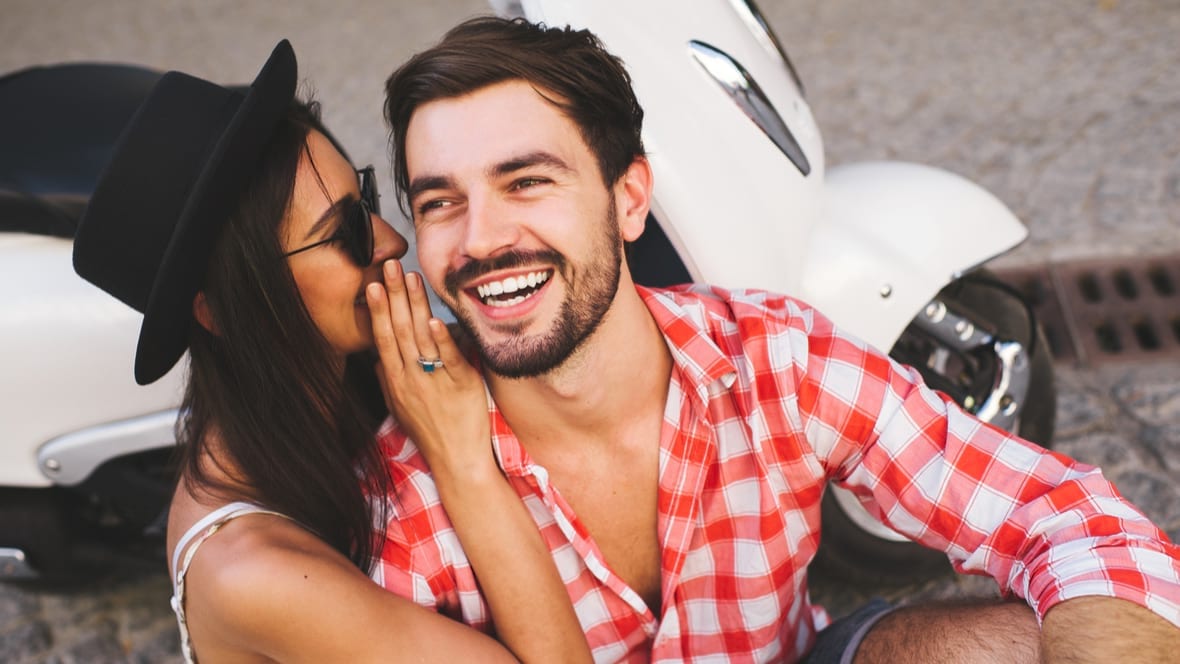 A Pisces Moon Man: Discover His Inner Self

I’m sure most of you are well aware that depending on which day your birthday falls, it affects which Sun sign you are and which qualities get attributed to your personality.

But did you know, each and every person on earth also has a Moon sign. While the Sun sign affects your ego and drive in life, the Moon sign governs your emotions and how you react to situations.

This means that everyone has a little extra spice to their personalities and why no two people who share the same Sun sign are exactly alike.

So, what does it mean if the man you are seeing has a Moon in Pisces? Continue reading if you would like to find out more about these very special men! 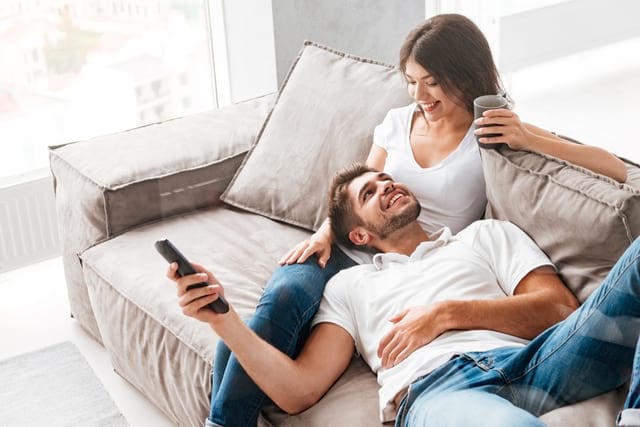 The Moon in Pisces will usually make a man way more in touch with his emotions. He’ll be very aware of what he is feeling at all times. It is simply not something he can cut off and ignore.

This sensitivity gives him a real edge, and the capacity to be a lot more empathetic towards other people.

Personally, I think it’s quite the bonus to date a man with a Pisces Moon. He’ll be a lot more understanding and sympathetic towards the woman he dates.

It is no surprise, we ladies can get quite emotional from time to time, but having a man who understands this can really help to support us when things get a little overwhelming.

This isn’t the guy who is going to ridicule you for crying, instead it’s possible that he may even join you. That’s how in touch he is with his emotions.

One of his greatest qualities is his ability to see the good in each and every person he meets. He’s the type of guy who really has an eye to spot other people’s potential.

He tries to see the bright side in life and wants everyone to do their very best. This can be both his blessing and his curse!

A Pisces Moon man really knows how to lift people up and support them through any situation, but it also means there is a side of him that refuses to see the reality of what is right in front of him.

The Moon in Pisces guy definitely has rose-tinted glasses on, and this makes it rather easy for others to manipulate him. He doesn’t always recognize when someone might not have his best interests at heart.

Believing the best in people isn’t always a positive and really has the potential to hurt him or get him into trouble.

Being so sensitive and empathetic can allow him to pick up on other people’s emotions. He’s actually the type of person to start feeling ill or sad if someone he is spending his time with is experiencing these things.

He’s really a sponge that absorbs absolutely everything that is going on around him.

It’s really important for him to learn to have his wits about him, especially seeing as he’s so easily influenced by other people.

He needs to learn how to determine if he’s feeling his own emotions or if he is simply feeling the emotions of someone else.

This is a guy who really needs to learn how to put healthy boundaries in place, or else he may lose himself in the craziness of others.

His Creativity Is Exceptional 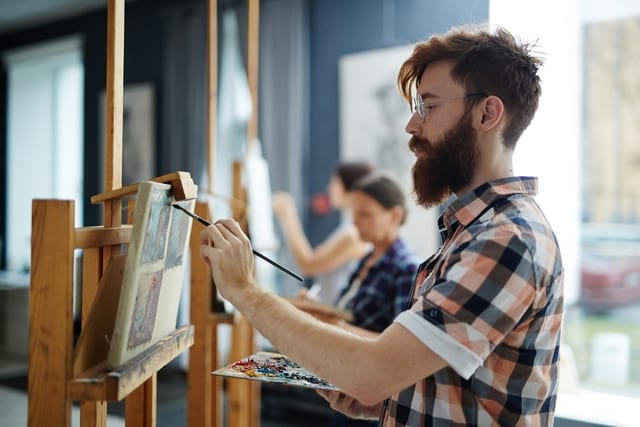 A Pisces Moon man is unlike any other. His imagination really runs wild, and sometimes it may even seem like he is living in a bit of a fantasy.

This gives him the potential to create beauty in whatever art form he chooses. It’s not uncommon for Pisces Moon men to be artistic in some way.

Many of them are poets, painters, musicians, writers, or even actors. They have a very special way of being able to capture their emotions and express themselves in a creative way.

This is actually something that should be really encouraged in them to explore. It is a way for him to release whatever he is feeling in a healthy and productive way.

He has access to so many talents, and it would be such a pity to see it go to waste. So, if you’re lucky enough to date one of these special men make sure to support him and his wonderful gifts. Before long you may bear witness to a masterpiece.

He Has A Psychic Spiritual Side

We already know that a Moon in Pisces man is super sensitive and in touch with his emotions. But this also means that his intuition is wide awake. This man knows what is going on before anyone else does.

He may experience an array of “gifts” accessible to him, from prophetic dreams to having special healing abilities.

With time, he will learn that listening to his gut is the best thing he can do for himself. It’s never good to ignore such a strong intuition.

The more he follows it, the bigger blessings his intuition will bring him and the more he will recognize that there is more to life than what meets the eye.

This will give him a natural curiosity about what it means to be alive and lead him on to a spiritual path of discovery.

He’s no stranger to the subtle mysteries of the universe. Just by being himself and knowing what he has experienced in his life makes him more inclined to be open minded.

A Pisces Moon man wants answers and to figure out what his place is in the world and this can lead him to a profound path of discovery and searching for his purpose.

Spirituality will come to play a big role in his life, whether he accepts it or not is a different story. He’s the type of guy that may be drawn to any kind of spiritual ritual, from going to church every Sunday, to visiting an Ashram in India.

He feels a really big calling to connect to something bigger than himself, a higher power if you’d like.

He’s A Bit Of An Escapist 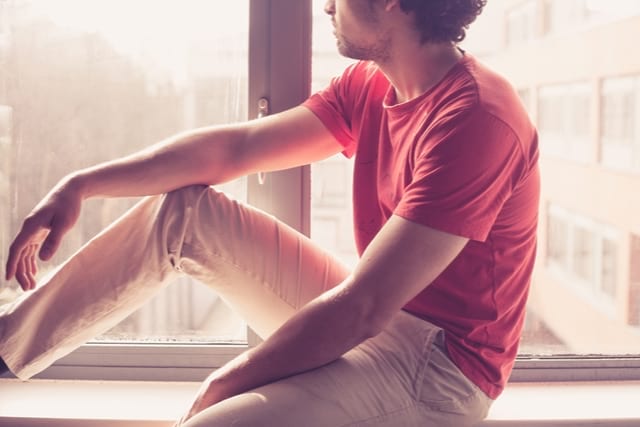 As you can probably imagine, being so sensitive can be rather exhausting. Any man needs quite a lot of space to process their emotions, but with a Pisces Moon it is even double.

When life gets to be too much for him, he needs to withdraw in order to find balance again. If he disappears from time to time, make sure you give him the space he needs.

It’s nothing personal. He just needs a lot of time for rest and recuperation, and in no time will be back to his normal, jovial self!

Withdrawing and escaping from his day-to-day life is an important way for him to cope with his sensitivity.

This part of his personality comes with a bit of a warning sign. Escaping means different things to different people, and for a Pisces Moon it can mean getting lost in drugs or alcohol.

This is precisely why it is so important for a Pisces Moon man to have a creative means of escape, if he doesn’t, he can easily fall into a dangerous trap which is extremely difficult to climb out of.

So, if you are dating a Pisces Moon man, keep an eye on how he chooses to escape from reality, and if he seems to be going down a dark path why not encourage him to go walking in nature, do some yoga, or learn the wonders of meditation?

Your input may be more valuable than you realize!

Read next: The Relationship of Jada Pinkett Smith and Will Smith

These men are incredibly special. They have so many gifts that they can share with the world, but number one is their wonderful sensitivity, which is often so rare in men.

A Pisces Moon man will always be there to support you and hold your hand through any difficult process. Their compassion gives them a great understanding of the hopes and needs of others.

He wants to lead a life of great spirituality and being of service to others. His heart is so big and he’s ready to give to whoever wants to receive.

If you’re curious about this sensitive Pisces Moon man, my Pisces Moon Man Secrets might help you in the long run. Click here for more details on him!

Have you ever dated a man with a Pisces Moon? What was your experience like and what did you learn from him? I would love to hear from you! Please leave me a message in the comment section below.

Wishing you all the luck and love in the world.

One thought on “A Pisces Moon Man: Discover His Inner Self”